The World Cup in Russia is over. The spectators received another unforgettable summer of football emotions, twists and surprises on the green terrain. However, football has long been not just a sport, it is much more. This is an entire industry that influences in different ways and reaches billions in the world. And what better time for this powerful industry to acquire a political flavor, if not a world championship? 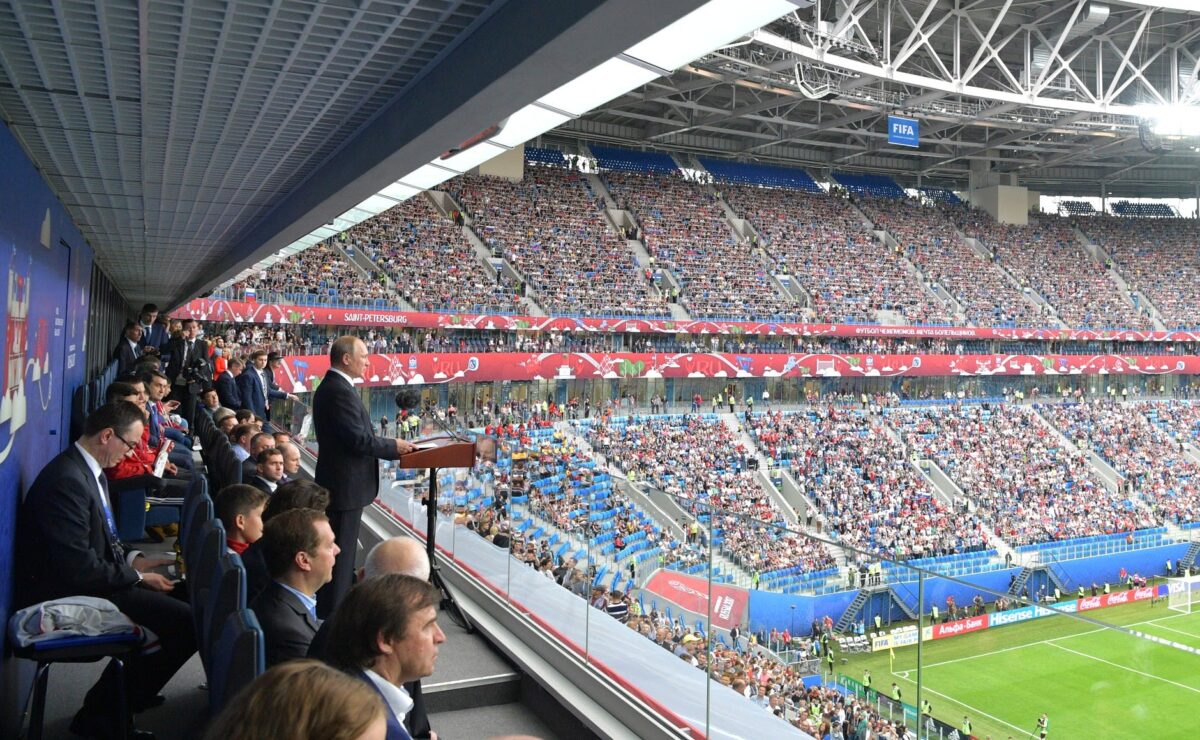 The 2018 World Cup in Russia was, perhaps, the most politicized sporting event in history. Even before the championship began, it had already gained its political flavor. The controversial governing of the Russian Federation in the face of Vladimir Putin and the complicated international relations in recent years have only predicted such a coincidence. 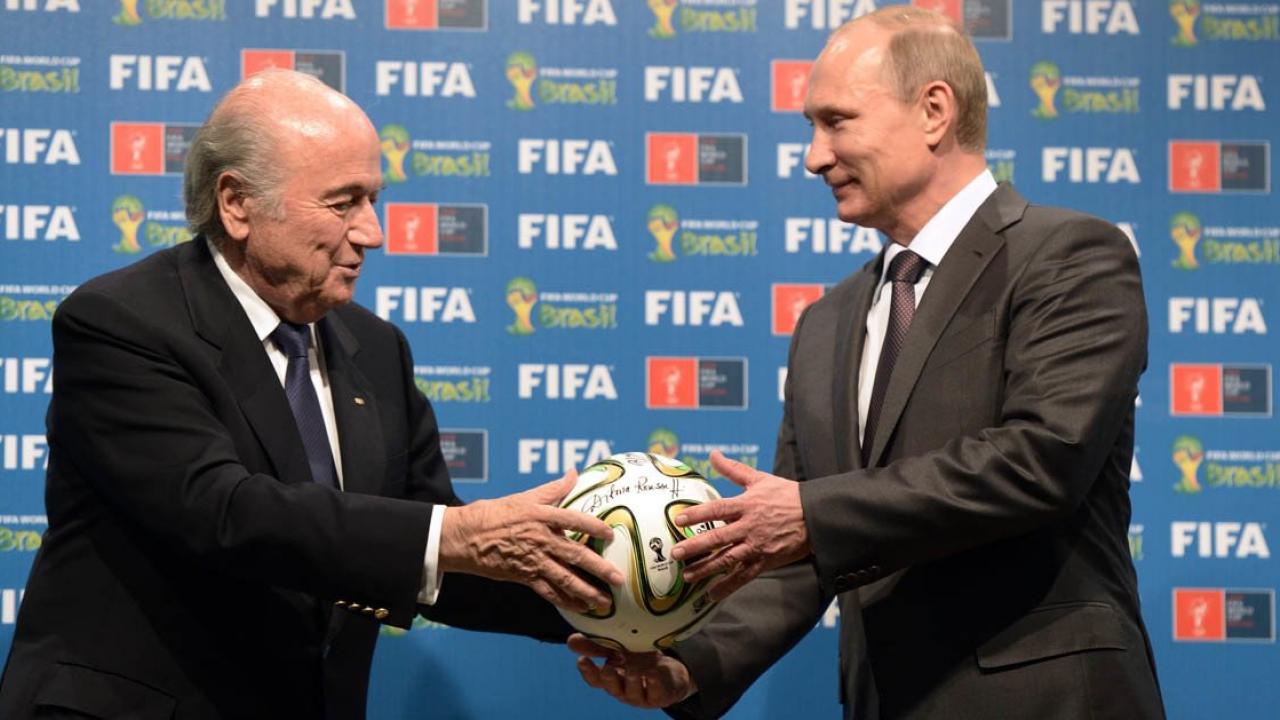 Problems began in 2014 when reports were reported corrupting the selection of Russia and Qatar as hosts of the world championships in 2018 and 2022. The investigation has led to the dismissal of high positions in FIFA and UEFA. In the same year, Russia annexed the Crimean Peninsula from Ukraine, prompting the reaction of British and American politicians. In an open letter to FIFA, they urged the football federation not only to change the world championship but also to ban Russia’s participation in it, following the removal of Yugoslavia from the Euro 1992 and the World Cup in 1994. The crisis deepened after the entry of Russian military in Eastern Ukraine. The complicated situation in Ukraine has led to many economic sanctions from the western countries towards Russia. Britain’s former Prime Minister David Cameron even offered the EU a package of sanctions against the Kremlin to add a refusal to hold the World Cup in Russia. This never happened.

Following the poisoning of former Russian spy Sergei Scripal in the UK, the British authorities accused the Kremlin. A few months before the start of the 2018 World Cup, the British Parliament banned the visit of any official political figures from the World Championship Island. It has even come to the conclusion that British Foreign Secretary Boris Johnson accused the Russian government of using the World Cup for political propaganda, following the example of Nazi Germany, during the 1936 Olympic Games in Berlin. 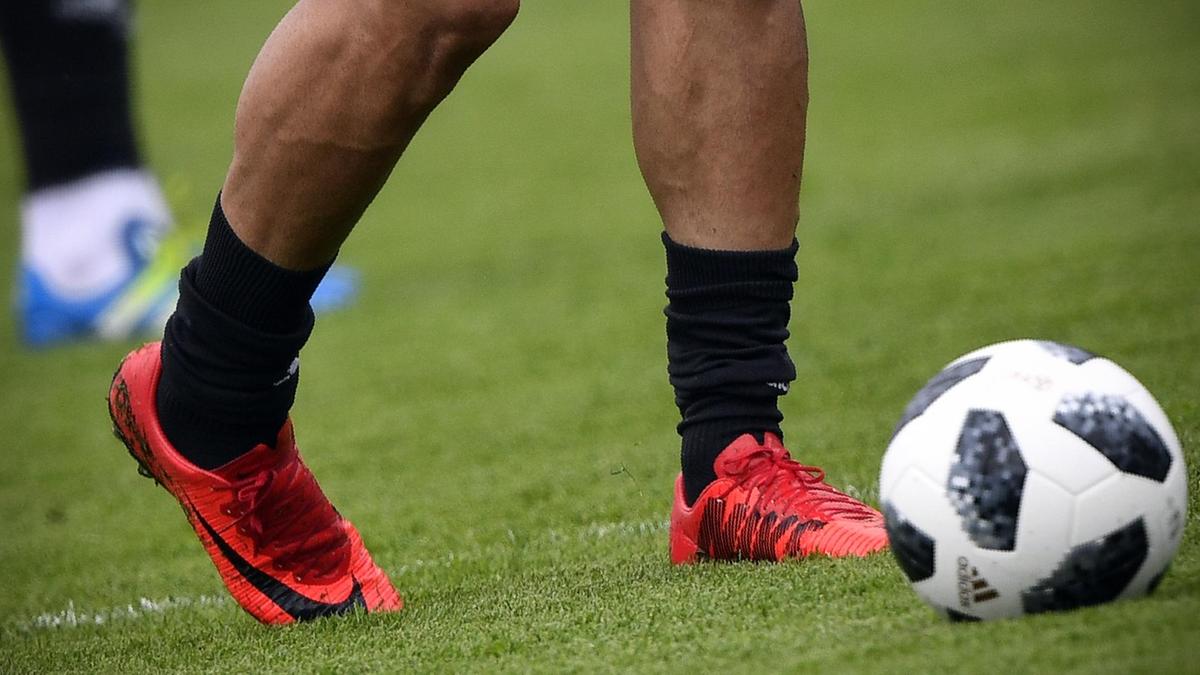 The 2018 world’s political upheaval was not limited to the conflict between the West and Russia. Due to the new US sanctions against Iran, Nike, the largest US sports giant, has stopped supplying football pads for Asian players just days before the start of the championship. This provokes the angry reaction of the Portuguese coach of the team, Carlos Keiros, who said: “They have to come and apologize because the arrogant actions against these 23 boys are absolutely ridiculous and unnecessary.” 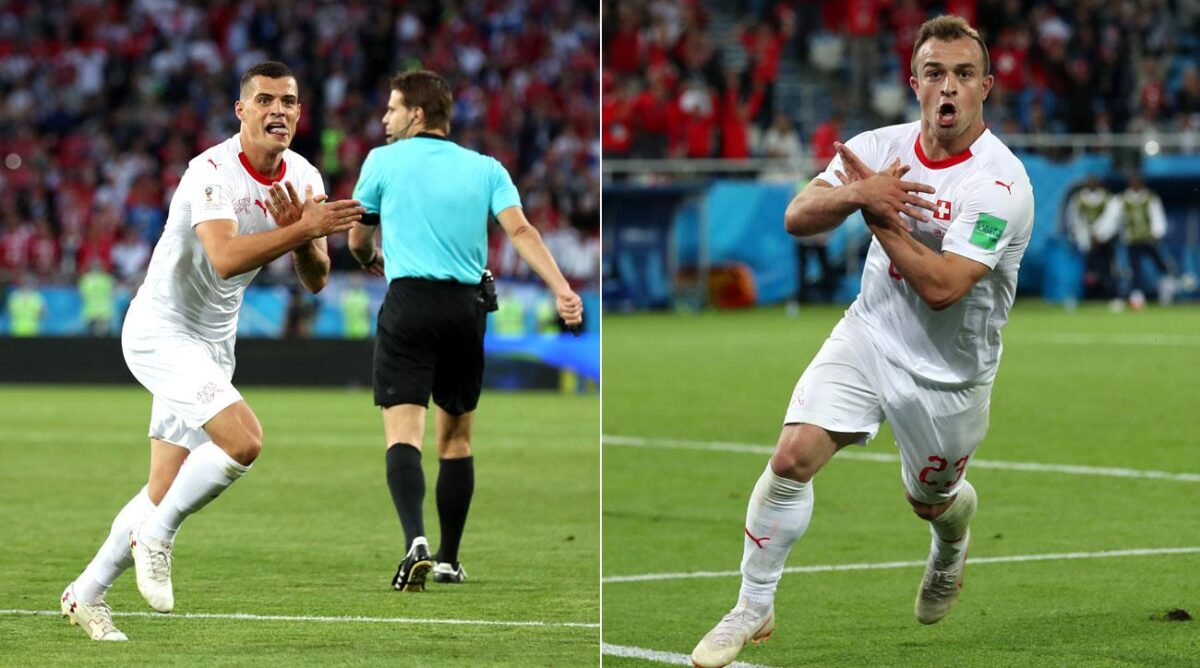 After the opening of the championship, several events took place that led the players from the green field and turned them into a means of political propaganda. First of all, this was the group stage match between Serbia and the international team of Switzerland. The Swiss defeated the Serbs 2-1 and eliminated them from the race, but the match was remembered by the reactions of the two top scorers for the Swiss, Xherdan Shaqiri and Granit Xhaka. Both top scorers were Kosovar Albanian descent and celebrated their hits by displaying a two-headed eagle with their hands on the Serbian audience. The double-headed eagle is a symbol of Albanian nationalism, and its display to Serbian fans was more than provocative.

Kosovo President Hachim Thaci and Albanian Prime Minister Edi Rama have supported the two naturalized Swiss footballers, while Serbian media have made display of the signs as a shame. Serbian stadium fans did not stay behind. Some of them were wearing t-shirts with Yugoslav war crimes indictee Radko Mladic, while others chanted insulting slogans against Albania, which did not even participate in the World Cup. After the match, FIFA fined Djardan Shakuri and Granit Jacka with 10,000 Swiss francs for the symbols shown, and after raising money, Albanians and Kosovars have already raised the money and paid the fines to their soccer fans. The case also prompted serious debates in Switzerland, whether they should not limit the players with dual nationality in their national team. 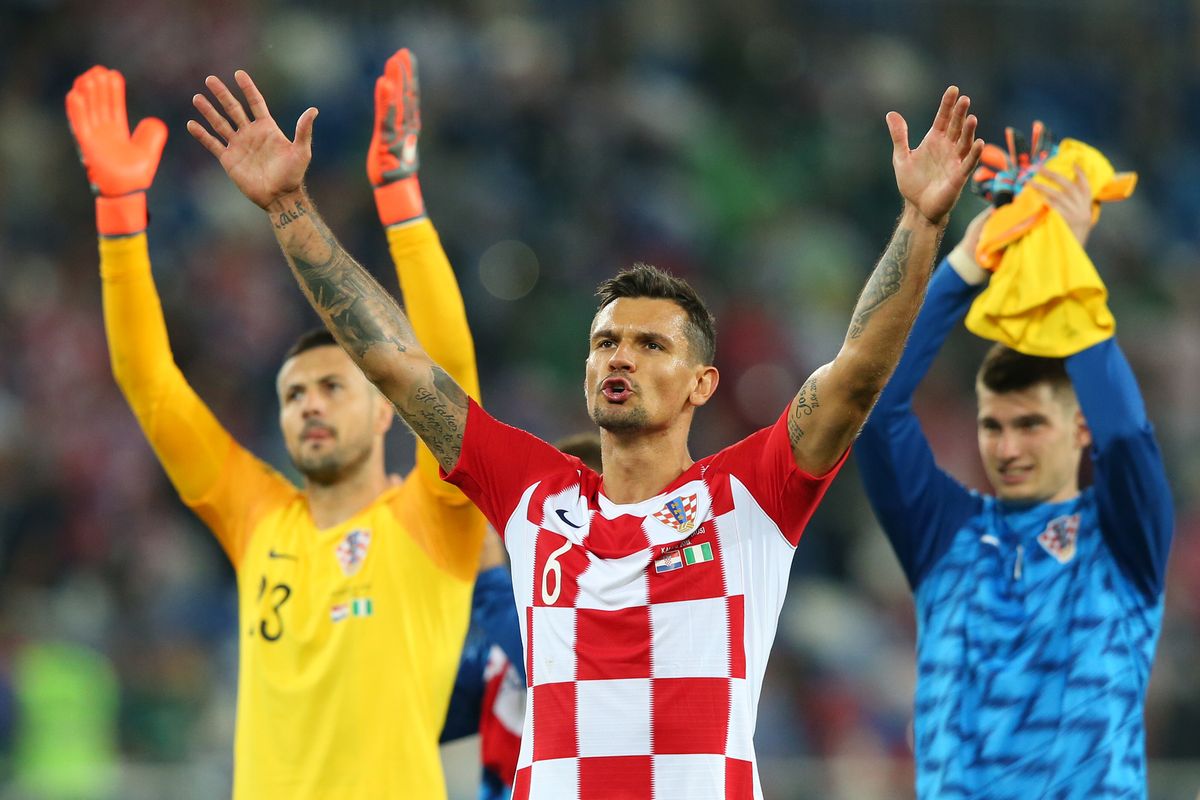 There was also a political flavor in the matches of another Balkan participant in the World Championship – the finalist Croatia. During the 1/16 Finals between Croatia and Argentina, Croatian footballer Dejan Lovren and some of his teammates celebrated their victory by singing Marco Perkovic’s song “Bojna Cavoglave.” The song is known for its extreme right elements, and its text was used by the Nazi Germany-based Nazi Regiment “Ustasi” during the Second World War. 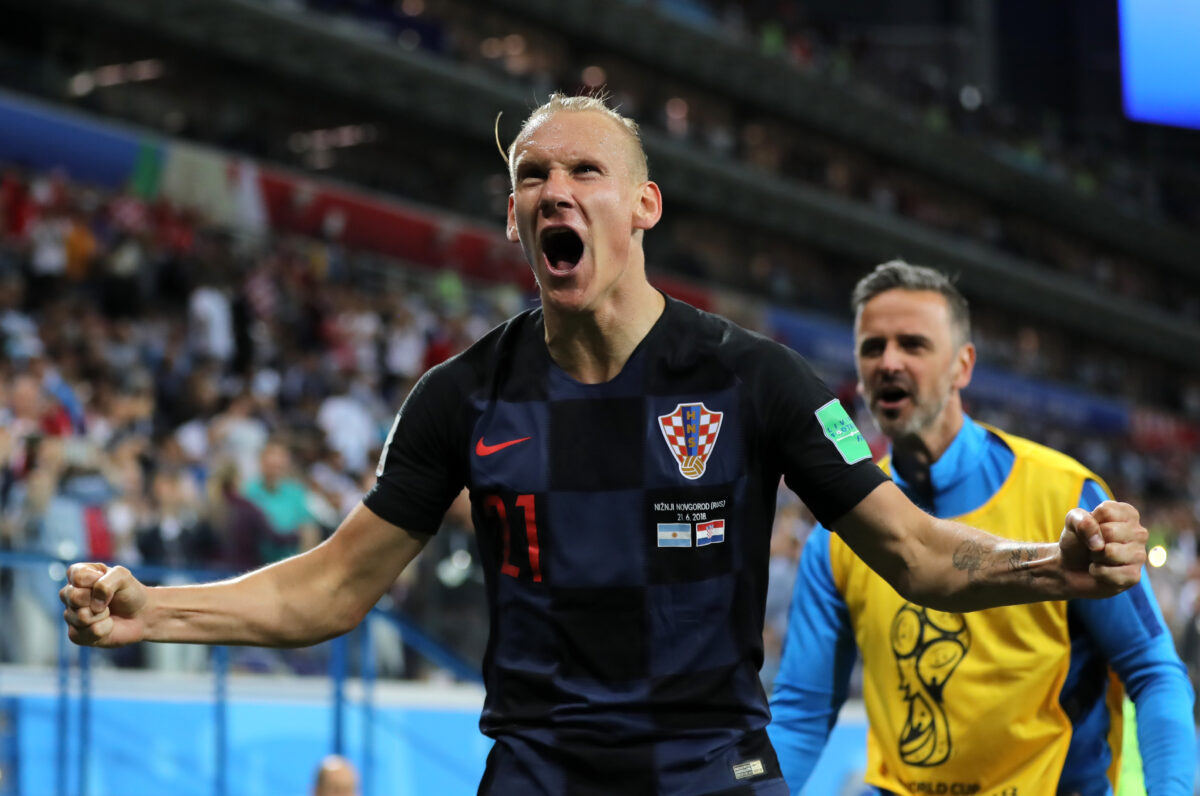 During the 1/4 finals with host Russia, the Croats again defeated, with Croatian defender Domagoji Vida scored the decisive goal. Much of the Croatian defender’s career has passed to the Ukrainian champion Dinamo Kiev. After the match, Vida released a social networking clip, celebrating the victory over Russia, chanting “Glory of Ukraine”. Later, a second clip appeared, in which, along with coach assistant and former Croatian star Ivica Olic, again chanted “Glory of Ukraine” and “Belgrade to burn”. Scandalous clips have provoked an angry reaction among Russian fans who have not stopped appearing in any play by the Croatian defender in the semi-final match against England.


So a controversial but extremely interesting world football championship is about to end. Apart from his unforgettable football moments, surprises and twists, he will be remembered as the most politicized football championship. The event viewed by billions of viewers in the world, once every four years, has proved to be a good scene for showing political biases and messages. Football has long been not just a sport.