We label Babinden in a new style

On January 21 (January 8th in a new style), the Bulgarians pay tribute to their grandmothers, midwives, who have once been the only maternity care, helped not just during childbirth, but before and after, FOCUS reports. 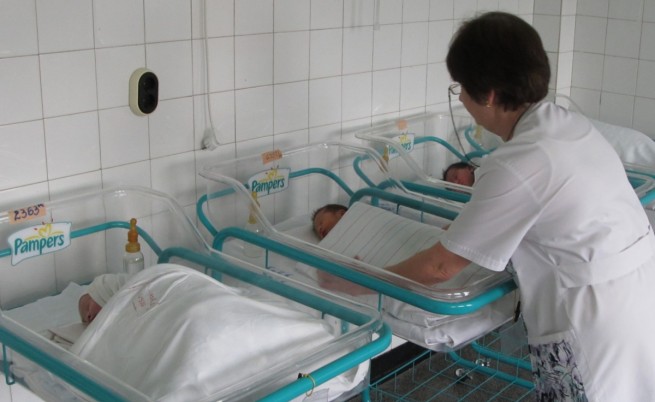 Тhe obstetricians note it on January 21, although the church calendar is on January 8th. For these hearty women, the people have given us a nice holiday on our calendar and a continual gratitude in our hearts. The grandparents responded to the mother’s great maternal care. They knew how to give birth to a healthy child, how to determine his gender in advance, how to protect himself from bad oysters.

Early in the morning Babinden, women who have children from 1 to 3 years of age pour out water from the tap, put basil or geranium in it, prepare soap and a new towel. They go to the grandmother’s home for midwifery and hand washing. Irrigation takes place in the garden, the tree (to cross everything badly) or the stairs. When washing, the grandmother throws water up (as many as drops, as much as beer and health), hopping up (to be nimble children). The woman donates the grandmother with a shirt, socks, a canvas and a towel with steam attached to it. The grandmother binds the child with a white and red thread and money coin and also donates the child with socks and a shirt. On the knee of the child put a little salt to lick, so there will be no disorder during the year, or ash, so as not to get babies.

The grandmother walks around the houses where she was babysitting and bathes the little ones. It carries white and red wool, honey and millet. The white wool is a magic blessing for the child to live for many years, the red – to be healthy and blond, the millet – to fill, the honey – to work like a bee and to multiply the human race. After bathing, the kids are fresh with butter and honey.

On this day there are songs about family, love, happy mothers with a crowd. The grandmother sows the millet of millet to make the women fertile. At the beginning of the table, only women are sitting. Only later men come, and joy becomes even more lush, with music, games and songs.

In the evening, the ritual continues with the ritual bathing of the midwife midwife, called “repellent.” As she bathes the children of the guests, so they bathe her. They carry it out, put it in a cogwheel, a sled or a large knit basket and drag her to the river. Men are masked like oxen, leather masks and horns. The procession is on the way. The brides look to meet a man, try to get rid of it, want a ransom. The men do not see much approaching the procession. Finally, they turn the basket with the grandmother into the river and wash it nicely or just pour a glass of water on her head.

The holiday ends in front of the grandmother’s house, sends her, wears her in her hands, kisses her hand and gives gifts. Thus express their gratitude and love to this woman. If the weather is warm on Babinden and the ice melts, the harvest will not be good. If it bakes the sun, it will be frosty in February. It’s good if it’s snow or rain. Predicts fertility throughout the year.