Prime Minister Boyko Borissov met with Russian Prime Minister Dmitry Medvedev. They spoke at the First Caspian Economic Forum, which is being held in Turkmenistan. The Bulgarian PM stressed the importance of the highest-level dialogue and expressed satisfaction that after Medvedev’s official visit to Bulgaria in March, the conversation about the possibilities for pragmatic and mutually beneficial cooperation is continuing to develop now. 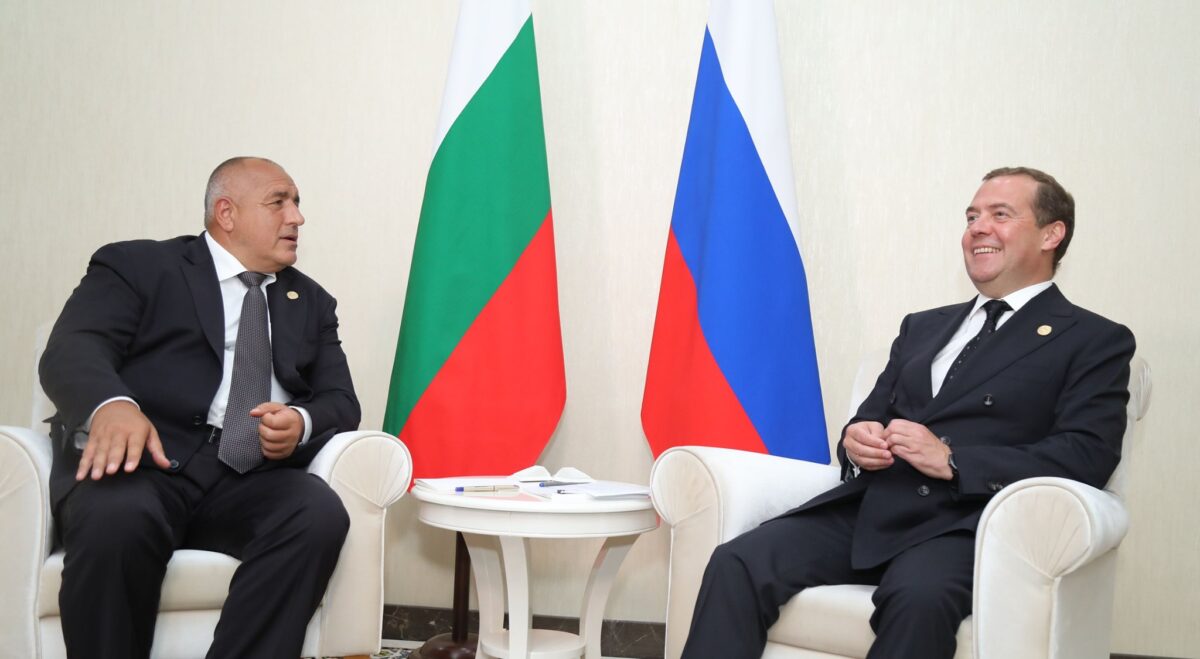 Prime Minister Borissov stressed the interest of Bulgaria that the two countries conduct an equal and mutually beneficial bilateral political dialogue, in which Bulgaria be guided by its national interests and at the same time adhere to the common policy of the EU and NATO member states. Prime Minister Borissov emphasized Bulgaria’s desire to continue to develop cooperation with Russia on the priority issues for Bulgaria in the economics, energetics, tourism, transport, education, science and culture, social policy.

On the energy topic, which was one of the highlights of the Avaza talks, Prime Minister Borissov noted that Bulgaria leads a policy aimed at ensuring energy security for both Bulgaria and the EU. The Bulgarian Prime Minister stressed that diversification is an important element in ensuring the security of gas supplies in the EU and added that Bulgaria is actively working on gas-connection projects with neighboring countries. Prime Minister Borissov paid special attention to the serious work of the Bulgarian government in connection with the implementation of the project for the Balkan gas distribution center.

The possibility of realization of the Belene NPP project under the conditions set by the Bulgarian side was also discussed at the meeting. Applications for participation in this procedure for selecting a strategic investor in the project are accepted until August 19th. According to Prime Minister Borissov, there will be a need for generating capacity in the region that will generate clean electricity at affordable prices, taking into account the increasingly ambitious targets for reducing emissions in all sectors of the economics. In this sense, Belene NPP can become such an electricity source for the region.

In connection with the cooperation in the field of transport, Prime Minister Borissov expressed the interest of Bulgaria to discuss the possibility of developing ferry connections between the Bourgas port and the Russian ports of the Caucasus and Novorossiysk for passenger ro-ro ferries. Prime Minister Boyko Borissov expressed his satisfaction with the 16th meeting of the Bulgarian-Russian Intergovernmental Commission for Economic and Scientific and Technical Cooperation. The Bulgarian PM expressed his expectation that the next session would be held in the near future and would contribute to the development of bilateral relations.