Andrey Kovachev before Informo: Skopje should consider their image and do not present themselves as victims

"Macedonians want us to accept the lie of the past, there is no way to compromise on that."

What conditions must our western neighbor meet in order to receive the support of Bulgaria?

We must first remember that Bulgaria has consistently supported and continues to support the EU membership of Northern Macedonia. Our first presidency was just to lobby to give the Western Balkans a guarantee that they would be part of the EU. Now, unfortunately, we are disappointed that the Treaty of Good Neighborliness, which we signed with Skopje and which is the basis on which the Treaty with Greece and the possibility of Macedonia being part of NATO, was signed (we were the first to ratify and for NATO, so that there is no doubt that geopolitically Macedonia is in the Euro-Atlantic structures).

For three years this contract has not been implemented, is not observed and there is a misinterpretation of our common history, the commission is not working. We want clear guarantees during the negotiation process that this will happen and that there will be a separate chapter on good neighborliness, which will include a roadmap for the implementation of the remaining unrealized good neighborhood points. In particular: curricula, the younger generations of Macedonia should not be trained to hate their neighbor and their closest historical people.

How long can the procedure for starting EU membership negotiations be postponed?

There is no rule that says how long. If the German presidency fails, the Portuguese presidency begins, and they may also make an effort. Then there is the Slovenian presidency, so every six months there will be an attempt to find an acceptable solution, but it all depends on the ruling party in Skopje. The other presidencies must focus their efforts on convincing the ruling party in Skopje that this is both in their favor and European. Because lies and falsifications are not a European value.

We have been witnessing for several weeks an extremely serious anti-Bulgarian campaign, various provocations with historical data, with personalities that are absolutely unnecessary, but they believe that in this way they can achieve something. I think it’s counterproductive. We had proposed a very good formula with modern realities and respect for historical facts, as enshrined in the Neighborhood Agreement, but so far it has not been accepted by them. 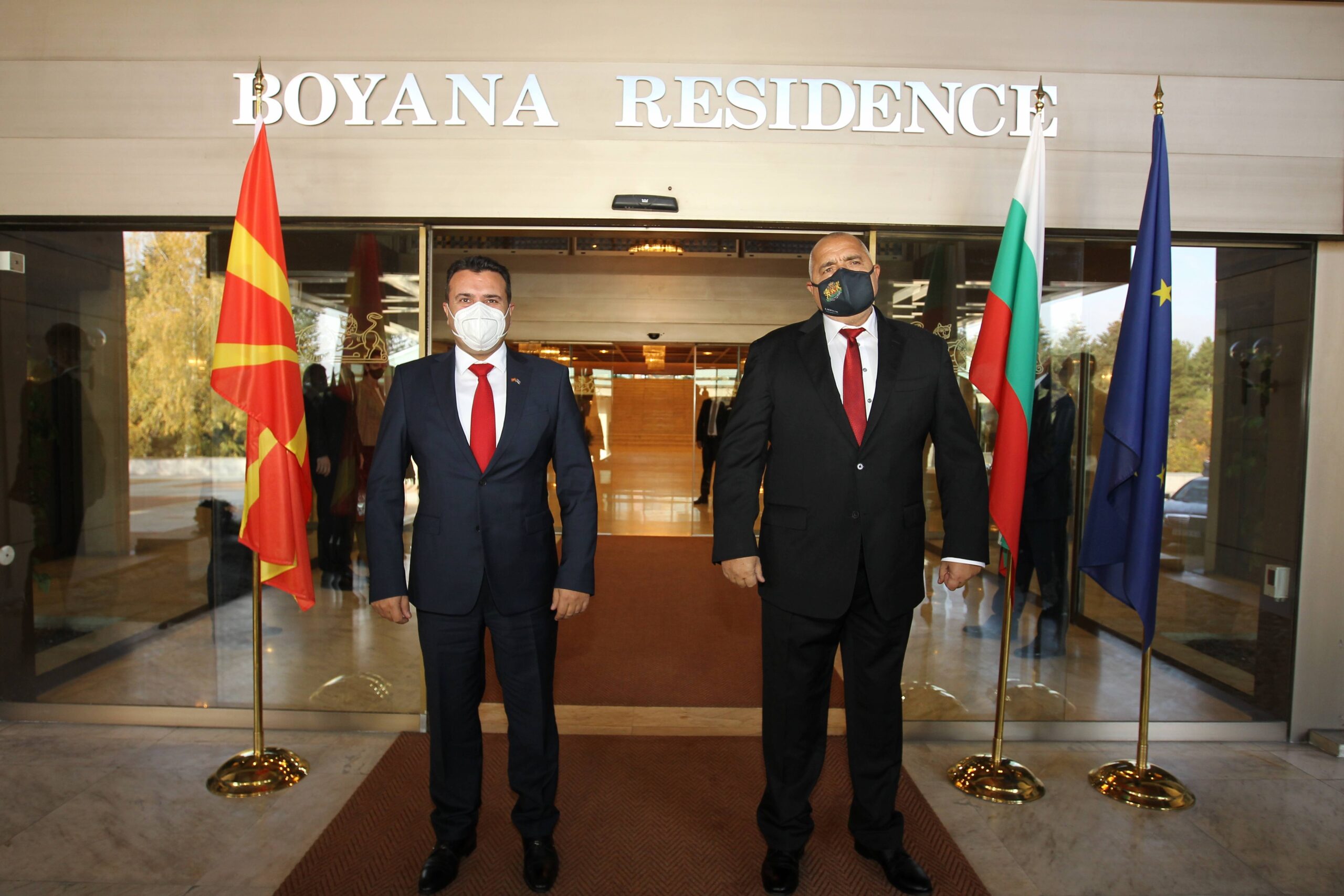 Will there be consequences for Bulgaria’s image in the EU blocking the negotiations?

We are a full member of the EU. Each sovereign country has its own interests, which it defends. Just look at Poland and Hungary – two days ago they blocked the Reconstruction Fund, not wanting to include these conditions for macroeconomic dependence on the rule of law. We are talking during a COVID-19 pandemic about rebuilding the EU with 750 billion euros, but there are countries that decide they can block it. The same question can be asked: what is the image of Poland and Hungary during a pandemic that money cannot reach companies and citizens, jobs can be saved. This is much bigger, ours is on a completely different level.

We are talking about defending a basic European value, the hatred instilled by the primary school classes that the Bulgarians are a “Tatar-Mongol tribe that came 1300 years ago and has tried to assimilate the local Macedonians “and continued in this spirit throughout the Middle Ages. And at the end of the 19th and the beginning of the 20th century everything is presented back to the events and the Bulgarian identity of the revolutionaries and the revivalists, the Bulgarian character of the Ilinden Uprising and many other things that are not only a historical problem, because they included in the curricula remain in the minds of young Europeans. How can we agree to be together in a common European home with people close to us who receive their education based on falsifications that lead to hatred of their neighbor.

This cannot be the image of Bulgaria. In Skopje, they must also think about their image and not present themselves as victims. We have always helped in the last 30 years to lend a hand, not to turn back the tape: we were the first to recognize the existence of Macedonia, we helped during the embargo, we donated tanks, in 2001 during the civil war we sided with territorial integrity and sovereignty. of Macedonia, then our first presidency, then we were the first to ratify the NATO treaty. So we have always treated our loved ones with the greatest brotherly love and handshake, we have never tried to humiliate them in any way. 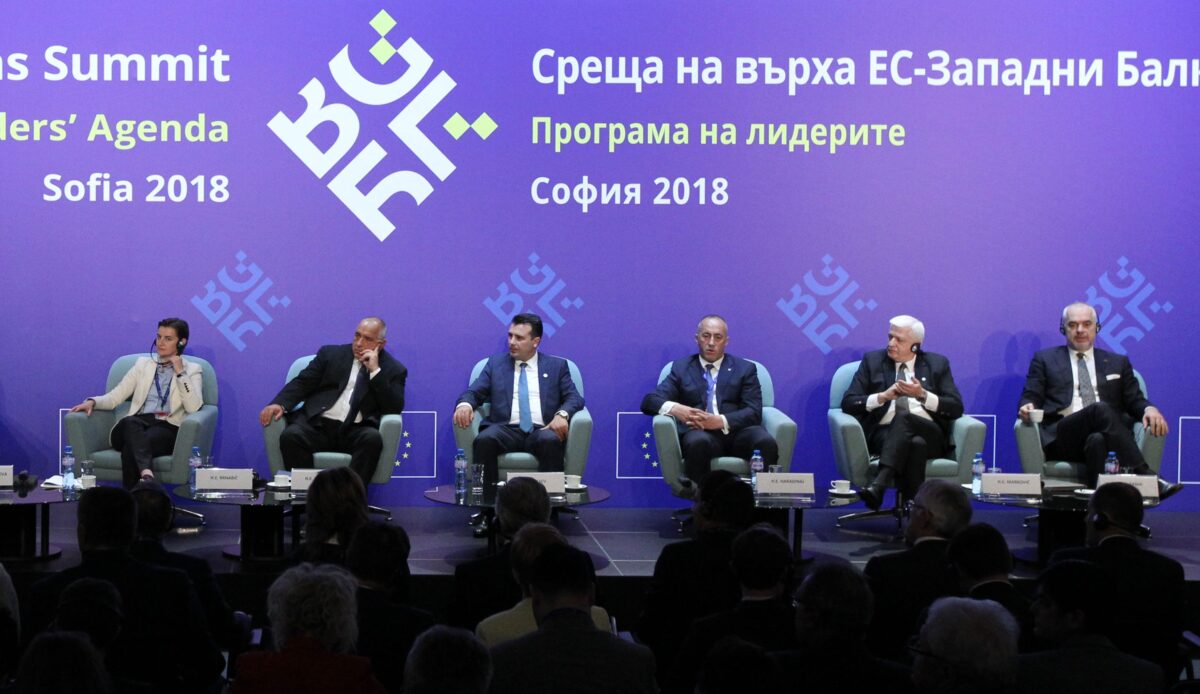 Is there an option for Bulgaria to compromise with some of the claims of Northern Macedonia in order to improve our bilateral relations?

What can we compromise on – to say that Gotse Delchev was half Bulgarian and had a personality disorder ?! We have given the best possible offer to have no more problems in the present or in the future, to be the closest, to help each other in everything like Germany and Austria, like Greece and Cyprus. We have no problem with their current identity, with the fact that they define their language as Macedonian, and that is their right. Our problem is that they do not just want that, they want us to accept the lie of the past, because they now define themselves as ethnic Macedonians, because everyone before them defined themselves as ethnic Macedonians. There is no way to compromise with this, because it is not true. There can be no different interpretations of history, because this is a very fresh history, not hundreds and thousands of years ago, as was the case with ancient history of Alexander, Philip, etc., where there can be a variety of sources and indeed is very far in the past and not everything is quite clear. It is very clear here what it was a hundred years ago.

Apart from the dispute with Bulgaria, what other reforms are needed in Northern Macedonia to bring it closer to EU membership?

Negotiations on the designated negotiation chapters have not yet begun. Judicial reform, the rule of law, anti-corruption mechanisms and the adoption of EU law are particularly important for each country so that they can be part of the common market. Many of the programs can start working before full membership, receiving solidarity assistance from the EU. This is good, we want to develop both the infrastructure and the culture, and I hope that the Bulgarian media will be more active in Macedonia, not only the Serbian ones, this is extremely important.