Mutafchiiski: Better with any type of vaccine than without a vaccine (video)

The Prime Minister, the Minister of Health and the Chairman of the national operational headquarters inspected the small settlements

The Prime Minister Boyko Borissov, the Minister of Health Kostadin Angelov and General Ventsislav Mutafchiiski, the Chairman of the National Operational Headquarters, inspected the vaccination process in the village of Samuilovo, Petrich municipality. “Better with any vaccine than without a vaccine,” said General Ventsislav Mutafchiiski.
“We have an organization together with the centers for emergency medical care in Sofia, with the large hospitals, Pirogov, MMA. We have created mobile teams that are available to the mayors in the hard-to-reach places, where GPs can hardly reach the vaccines, so we are in also with the police. Where the GPs needs vaccines and it is difficult for them to go and get them, we have an agreement with Minister Terziiski, their cars will take the vaccines, in cooler bags, carry them and they will give them to the GPs. We have 25 mobile teams available in Sofia. The vaccine will reach any and every point of the country. ” said Health Minister Kostadin Angelov. 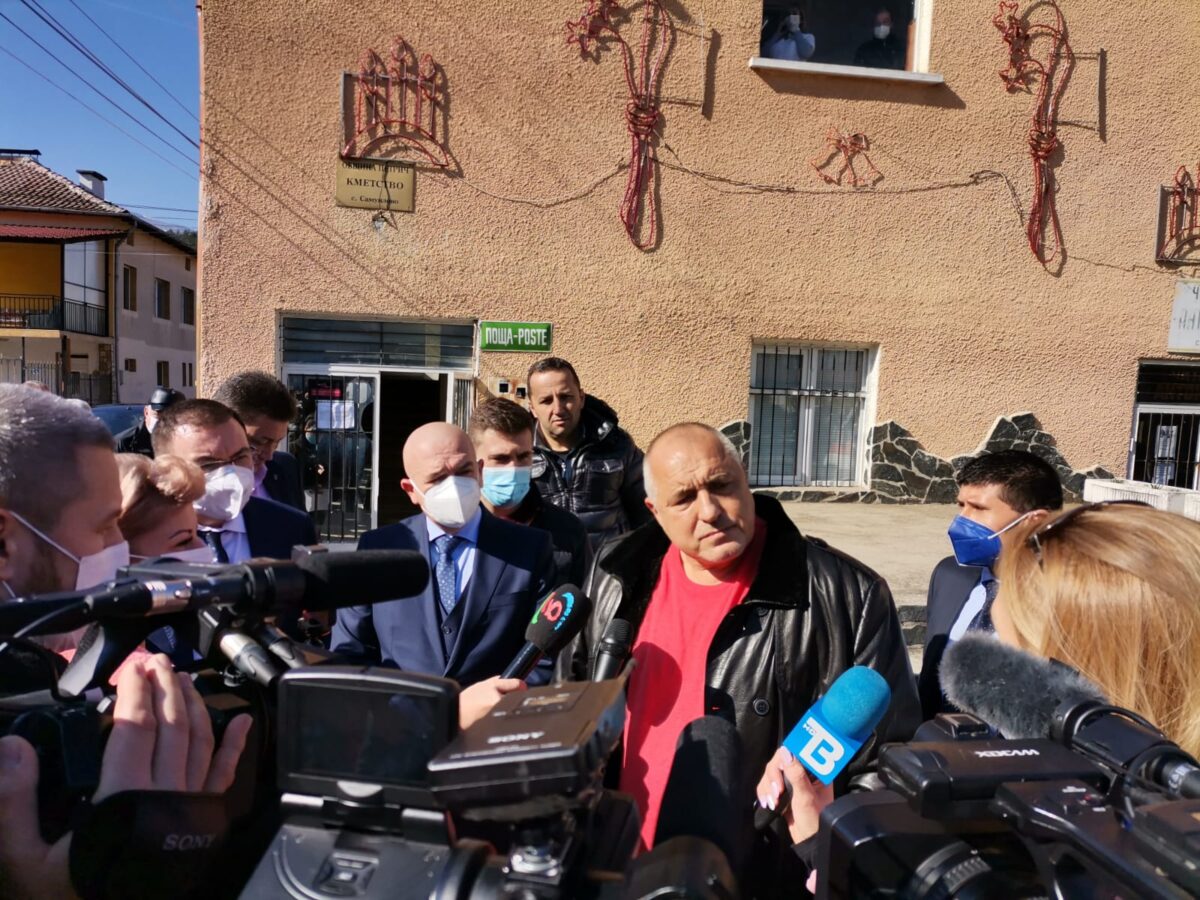 “We are very happy with the process, because people have shown maturity. Yesterday and the other day I personally witnessed how things happen at the Military Medical Academy, our oldest vaccinated person is 96 years old, the youngest is 18. We constantly talk to our doctors. They constantly explain the benefits of the vaccines, if there is a difference in vaccines, by the way, only in Bulgaria there is a controversy about vaccines, in Europe there is no such thing, all vaccines are approved by the European Medicines Agency. It is better to have a vaccine than to go without any vaccine. We need to get vaccinated to break the backbone of this epidemic, ” stated General Mutafchiiski.

“We’ve spread 88,000 doses across the country today. The green corridors will continue until 18 and a half million doses of free vaccines come out, whoever wants to can get them.” said the prime minister. He also added that there is no controversy with the National Operational Headquarters regarding the opening of restaurants from March 1 and that the less ground is left for the virus, the sooner there will be a return to normal life and therefore the prime minister thanked the doctors and the nurses.