President Radev presented the third and final mandate to BSP leader Cornelia Ninova, she returned it

Bulgarian president Rumen Radev handed over the third and final term to BSP leader Cornelia Ninova, but she returned it minutes after it was handed to her. “I am familiar with the resolution of the BSP National Council, but I assumed that there might be a change in your decision,” Radev said. 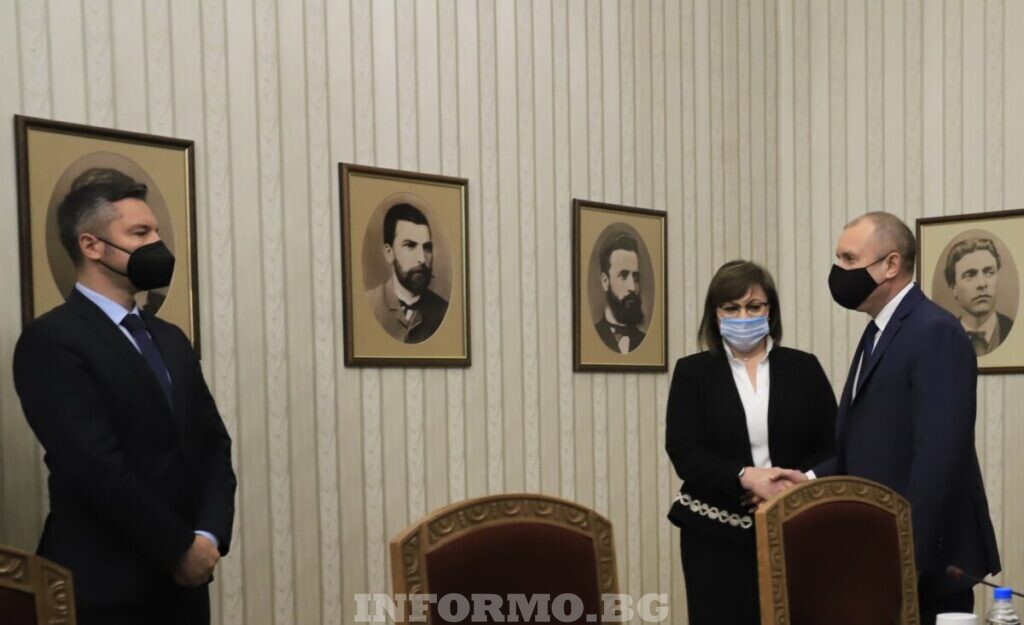 “Our wish was to have a government that would solve the problems of the people, a government that would provide social benefits during the crisis, stabilize the economy, prepare a plan for future recovery, and that would dismantle the Borisov model. We extended a hand to the second political force, but the parties of the protest also stated that we would not receive support. We will not revoke the decision of the National Council and that is why we are returning the mandate, “Cornelia Ninova stressed.