From today, Bulgaria will be governed by a caretaker government appointed by the president. The 45th National Assembly was dissolved by a decree of the head of state. This is the first parliament in the country’s recent history to fail to nominate a cabinet. Rumen Radev has scheduled elections for a new parliament on July 11th. According to him, the 45th parliament was marked by many emotions. “Although short, its life was not in vain. It will remain a dramatic milestone in our society’s emergence from authoritarianism and corruption. People put expectations into it. There were long-held opinions. The spirit of parliamentarism and free speech was revived. The omerta on which the compromised management model is based has cracked. However, this parliament did not live up to people’s expectations for a new government based on sound foundations of integrity and the law, ” the president stressed. According to him, this is a lesson for all parties in the eve of the new election campaign.

“Proven experts, entrepreneurs and people who represent the civil discontent enter the office. This proves that it is possible for democrats of different types to overcome the old divisions and red lines among themselves. And to unite around the cause of a free and just Bulgaria,” Radev said at the opening of the ceremony. “The main mission of the caretaker government is to organize, prepare and hold free and fair elections,” the president said. This will be the main task of the caretaker cabinet of Stefan Yanev, until now an adviser to the President on security and defense, and as of today caretaker Prime Minister. In the caretaker office, Galab Donev will be Deputy Prime Minister for Economic and Social Policies and caretaker Minister of Labor and Social Policy. 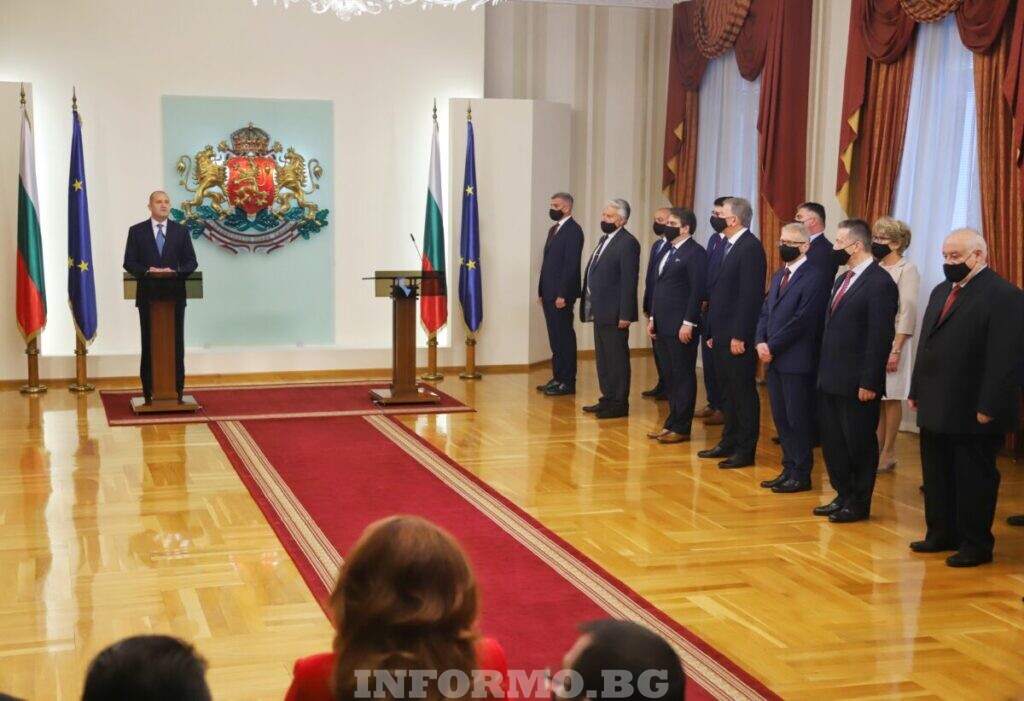 Asen Vassilev will be in charge of the Ministry of Finance, and Kiril Petkov will be in charge of the Ministry of Economy. Yanaki Stoilov became acting Minister of Justice. Stoycho Katsarov will be in charge of healthcare, and the Minister of Culture will be the sculptor Velislav Minekov, one of the prominent figures in the protests against the government of Boyko Borissov last summer. The caretaker government must ensure the normal functioning of the state until the next regular cabinet, as well as organize the holding of the early parliamentary vote under changed electoral rules. After the presentation of the caretaker government by President Rumen Radev, the traditional “Ceremony of Continuity in the Executive Power” will be held in the Granite Hall of the Council of Ministers, but this time without the presence of the media.